On April 18, 2009 an ominous Xavier Foupa-Pokam entered the UFC cage for the first time and battled veteran Denis Kang to a decision. On May 23 Xavier Foupa-Pokam, better known as “Professor X”, will make his second appearance inside the Octagon as he takes on Drew McFedries at UFC 98 at the MGM Grand Garden Arena in Las Vegas, Nevada.

26-year-old Snake Team member “Professor X” is an extremely athletic 6′1″ middleweight from France; a Cage Rage veteran and muay-thai specialist who is also dangerous on the ground. He carries a professional MMA record of 20-9 with 11 (T)KOs and 7 submissions. Rarely will you see a “Professor X” fight go to decision. In 2007 he appeared on the History Channel’s “The Human Weapon” as a Savate instructor.

PRO MMA (promma.info) recently had the opportunity to speak with the Professor about a number of topics including his opinion of his UFC debut performance, his upcoming fight at UFC 98, the Snake Team, MMA in France, the origin of his nickname, the UFC Middleweight Champ, his future, and more. PRO MMA (promma.info) proudly presents the mysterious “Professor X.”

PRO MMA: Xavier, thank you for taking the time to speak with us here at PRO MMA (promma.info). How are you doing and how are your preparations coming along for your upcoming fight at UFC 98 against Drew McFedries?
XAVIER: I’m doing very good. I’m still very disappointed of my last fight, so I’m looking forward to this next one to do a better job.

PRO MMA: Have you seen many of Drew McFedries’ fights; what is your opinion of his skill and how do you see yourself matching up with him?
XAVIER: I’ve watched some of his fights. He’s a tough guy with heavy hands. But my boxing is faster, more precise and less predictable than his. And if he tries and takes me down, I’ll submit him.

PRO MMA: If Drew McFedries was standing in front of you right now and said, “How do you think you can defeat me?” What would you say?
XAVIER: “IT’S PUNISHMENT TIIIIIIIME !!!” ;-)

PRO MMA: Where do you train Xavier, and who are the people who help prepare you for your fights?
XAVIER: I’m from THE SNAKE TEAM. Our gym, the Snake HD Dojo, is in Epinay-sur-Seine, a suburb of Paris. There I have all my guys ; Cyrille “THE SNAKE” Diabaté of course, our trainer, and also Gregory “BLADE” Babene, Mamour “MAMOURINHO” Fall, Malick “IMO” Sylla, Heidi Ben Abdallah, Cédric “Denpy” Deschamps and all the others. I also train with Jimmy Riah and Olivier Ancely, our two physical conditioners in the Private Coach Centers in Paris. Then, we have a partnership with one of the best European jiu-jitsu school in Europe, the Sankuno, run by François Laurent and David Pierre-Louis. Dan Henderson and all our friends from the Team Quest often help us to prepare our fights but for this fight, I won’t have time to go to California.

PRO MMA: Something interesting I noticed is that it seems you started out as mostly a striker. Your first professional MMA fight was in 2002, however it was not until your ninth victory that you got your first submission hold victory which was by arm-bar. But then, you started winning lots of fights by all kinds of different submissions. Talk to me about this change in your fight game and where did this seemingly sudden change come from?
XAVIER: “Hey it’s MMA, Brother !!!” (Sokoudjou often says that…) ;-) Well… The fact is I’m a muay-thaï based MMA fighter so I obviously feel more comfortable on my feet. I’d like to be really unpredictable, so that’s why I also work my Jiu-jitsu a lot. And I was also starting to get fed up that my opponents were always trying to take me down; thinking they would be in less danger on the ground. So today, I want my opponents to feel in danger everywhere! More seriously, MMA allows you various types of weapons, so why wouldn’t I use them?

PRO MMA: Would you say there came a point when you fell in love with grappling and the submission game? Was there a teacher or mentor who really helped you elevate your grappling and jiu-jitsu game? Please talk about that if so.
XAVIER: Not really. Of course, when I started to train with the Sankuno guys, my grappling seriously raised up because they are very good. But I just wanted to have more tools in my bag and so become as unpredictable as possible. People often expect me to knock-out my opponents; so one day I could shock the world by giving some opponent a flying gogoplata, why not?

PRO MMA: Are there any up-and-coming fighters in your gym that we should be looking for?
XAVIER: Oh, yes! Cyrille and Mamour will be fighting soon in America. Greg will be fighting in Italy in June. Heidi’s been doing very good in sambo recently and he is preparing for a European Championship.

PRO MMA: How did you get the nickname “Professor X?” Are you a fan of the X-Men?
XAVIER: My Coach is a comic’s fan. He started to call me “Professor X” because Professor Charles Xavier is the chief of the X-men; he’s named like me, he is the strongest and has psycho powers. So, Cyrille thought it suited me. The journalists started to repeat it and it officially became my nickname.

PRO MMA: You are in the UFC middleweight division, a division that has been ruled by Anderson Silva for quite a while now. How would you match up with Anderson Silva and why do you think people have had such a hard time dealing with him?
XAVIER: First, because Anderson Silva is a very good overall fighter. Second, because he is very smart. The only time you’ll see Anderson Silva rush after a guy would be to finish him if he looks in serious trouble. If not, as he is a good countering fighter, he’ll let his opponent come to him, to spike himself on his strikes. And he’s also a fast fighter and never stays in the same place for more than a few seconds, what makes him very hard to catch.

PRO MMA: What is the MMA scene like in France? Do they have many professional MMA events?
XAVIER: MMA’s been totally illegal since the beginning of this year when it “officially become not banned anymore.” A short time ago, you couldn’t even train MMA. If you wanted to open a class, you had to pretend practising some other discipline! Some powerful lobbies still manage to make the situation of MMA stuck in France. So, for the moment, the only shows you could have are Pancrase shows, waiting for the politics to wake up. You still can’t strike someone on the floor in a French sport event. But MMA’s got a big fan base in France. Even when they were not allowed to watch it on TV, people go on the Internet and follow and cheer their fellow country guys fighting. What we just need for a big MMA start in France is a big organization, just like UFC seems to be planning to, come to France with a big project; money and political relations. That would be the explosion of MMA in France. The crowd is ready for it and just waiting.

PRO MMA: Your first fight in the UFC was against Denis Kang at UFC 97. Unfortunately you lost the decision in that fight. How would you rate your performance in the fight and what is your opinion of the judges’ decision?
XAVIER: I was very disappointed and angry to myself because I didn’t do the kind of job I’m used to. I was feeling perfect in the locker-room; powerful, fast, explosive, with a big stamina. Then, when I entered the corridor to the path to the Octagon, I immediately started to feel tense. And when fighting, I wasn’t lucid at all; boxing like I was on “auto mode”. I didn’t apply the game-plan, didn’t do what I should have done, made mistakes that spent me a lot of energy, had difficulties to recover… I was even putting my hands on my knees at the end of the second round, what I have NEVER done in my all career!!! After the fight, it was explained to me that it was a phenom that was called “UFC-jitter” that happens to all the guys on their UFC debut that made me feel like that… Anyway, I’m looking forward to step back in the Octagon and show that I’m a good and complete overall MMA fighter; show that I can wrestle, I can fight on the ground and that cardio is one of my strong points. Denis was better than me this night, he managed to take me down several times and stayed on the top when on the ground. It was not muay-thaï but MMA… So, he got the decision, logically. I was angry to myself because I could have done much better.

PRO MMA: What can the MMA fans expect out of “Professor X” in the coming years?
XAVIER: More and more punishment times!

PRO MMA: Is there anything you would like to say to your fans and would you like to thank any sponsors?
XAVIER: To my fans, I’d like to say that my last fight was an accident. Just wait and watch the next one. It’s just the beginning of a very long story… I want to thank my manager Ken Pavia and all his MMAagents team. They do a very good job for me. I also want to thank Cyrille Diabate, my trainer, for all he’s doing for me every day and all my guys from the Snake Team; especially Jimmy Riah and Olivier Ancely, our physical conditioners. I want to thank all the guys of the Sankuno; and specially David Pierre-Louis. I also want to thank all my guys from the Team Quest; Dan Henderson, Thierry Sokoudjou Reameau, Kristoph Sozinsky, Jason “Mahyem” Miller, Heith Sims, Lew Polly, Pantcho and all of you guys. Then, I also want to thank the Private Coach centers, Serious Pimp, Hayabusa and Karl Kany for supporting me.

PRO MMA: Thank you so much Xavier for taking the time to speak with us here at PRO MMA (http://promma.info). We wish you all the best. I think you are an exciting fighter and really look forward to seeing you back in the Octagon. Take care.
XAVIER: Thank you and see you in 2 weeks. IT’S PUNISHMENT TIIIIIIME !!!!!! :-) 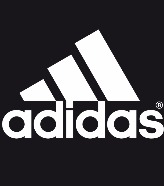 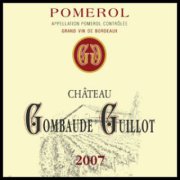 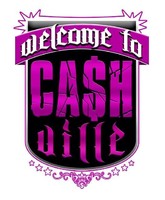 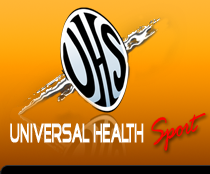 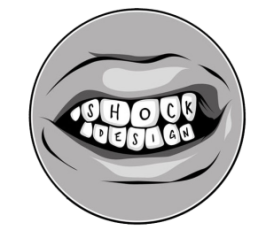